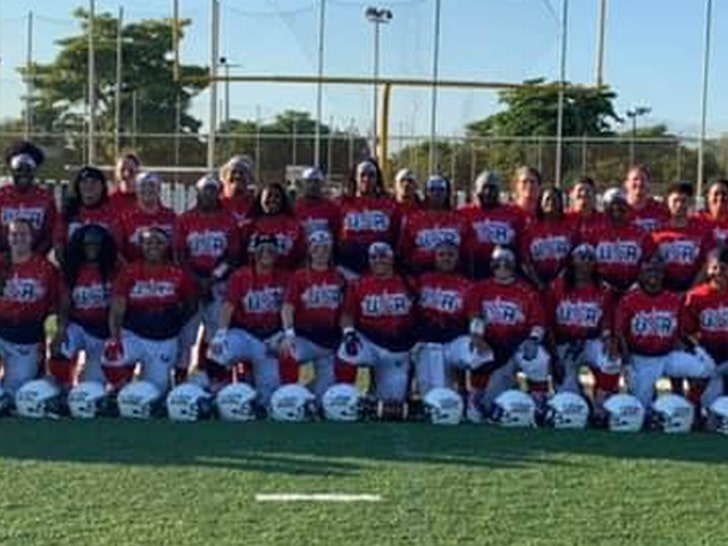 United States military personnel swooped into Honduras to save a U.S. women’s tackle football team Friday … after it had been stranded in the foreign country due to coronavirus closures.

The story of the team is wild … back on March 11 — just hours before the American sports world shut down over COVID-19 — 55 members of a women’s football team boarded planes for Honduras to take part in the Americas Women’s Bowl.

The tournament featured women from the USA, Honduras, Mexico and Costa Rica — and a big part of the trip was doing charity work with a local homeless shelter. Things had been going really well for the Americans all the way up until Sunday.

That’s when the team learned their flights back home were grounded after government officials in Honduras closed down the country due to coronavirus fears.

The entire team was stranded … and communication with loved ones in the States wasn’t easy. Finding enough cash to pay for hotels and food wasn’t any better either.

Waiting for your permission to load the Facebook Video.

But, the team got good news Friday … ’cause U.S. government officials stepped in and got the squad airlifted out of the country and back home safe.

“The @usairforce @US_TRANSCOM and @SOUTHCOM conducted an air mission earlier today taking a group of U.S. women’s football players from Honduras to Charleston,” a spokesperson for the U.S. Department of Defense said.

“We continue to assist @StateDept in repatriating US citizens.”

The women insisted they were safe from the virus during their trip … Honduras reportedly only had 6 cases of COVID-19, and the women say they were self-isolated in their hotel after the country shut down.