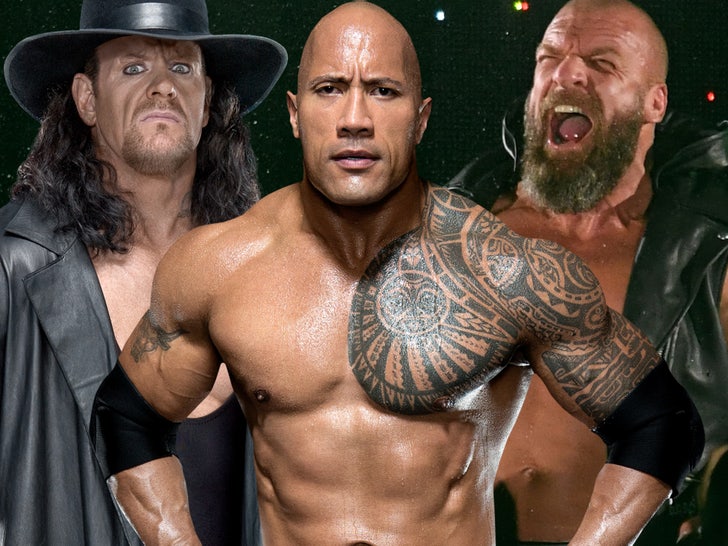 Did you know … The Rock‘s signature move — THE PEOPLE’S ELBOW — was created as a joke to make Undertaker laugh?

It’s true … according to Triple H who’s giving us the hilarious origin story for one of the most iconic finishing moves in pro wrestling history.

Triple H says guys like The Rock, “Stone Cold” Steve Austin, Mick Foley and more would try like hell to get ‘Taker to break character during live matches.

Undertaker famously took the role so seriously, he’s like the Daniel Day-Lewis of pro wrestling … you could NEVER get him to crack.

But, during a 6-Man Tag Team match back in the day, Triple H says … Dwayne Johnson tried out something new and goofy in the hopes to make The Dead Man smile. 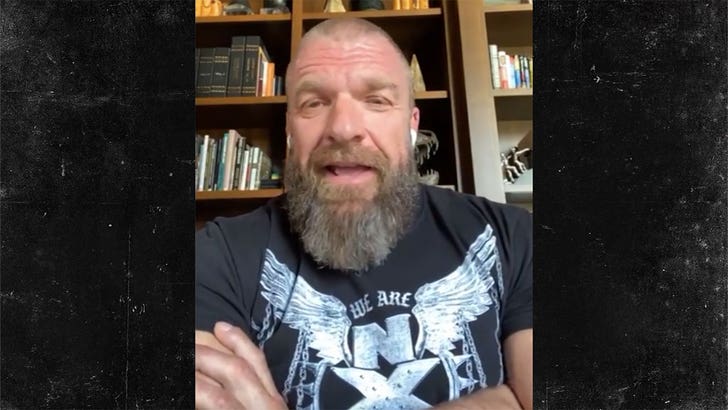 “I believe the first time Rock did The People’s Elbow was in a match where we were tryna make ‘Taker crack,” Triple H says.

“It absolutely started [as a joke] and then it was getting huge reaction and everybody went with it.”

Of course, The Rock LOVED the attention from the move — and grew it from there.

CAN YOU SMELLLLLLL WHAT THE ROCK IS COOKIN?!!?

Triple H — who’s a key figure in the new WWE docu-series “Undertaker: The Last Ride” (airs Sunday on WWE Network) — says he’s got a TON of great ‘Taker stories that he reveals on the show.

… including ‘Taker’s hatred of cucumbers?! YEP!!

The series chronicles Undertaker as he wraps up his WWE wrestling career — and Triple H says it’s obvious why everyone has nothing but respect for the guy.