Shia LaBeouf is taking advantage of his time outdoors … and doing so in style by locking lips with a hottie and dancing his ass off.

The ‘Transformers’ star was spotted out Thursday in Pasadena hanging out with a mystery blonde. It’s unclear who she is … but it’s obvious they’re an item. They went full PDA in the midst of California’s “shelter in place” order.

We can only hope they’re in quarantine together … for everyone’s sakes. 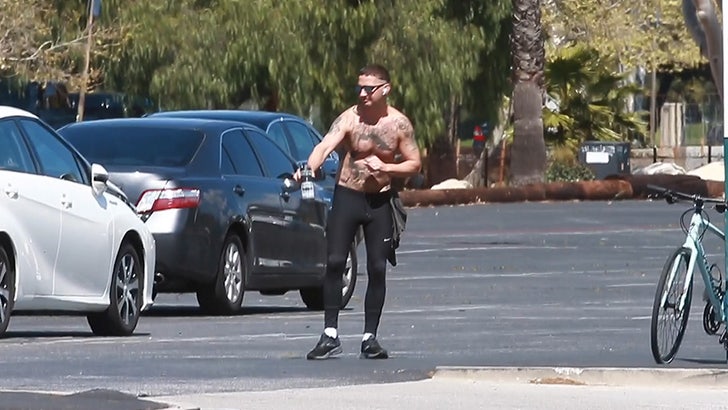 Shia looks quite the outdoorsman … rocking those running leggings, confidently. He’s also showing off his heavily tatted bod, and generally looking in great shape. Just gotta get past that bowlcut hairdo. These are tough times for personal grooming.

In any event, Shia looked to be in a great mood, judging by the way he was dancing around.

Maybe he’s in a celebrating mood. If you look closely, Shia’s wearing what appears to be a ring on his wedding finger. That’s odd … since we spotted him with a mystery brunette last summer. This, after a very public rush to the altar back in 2016 in Vegas with actress Mia Goth.

TBH, his running and dancing partner here kinda looks like Mia. Hmm … rekindling? Get it, Shia.