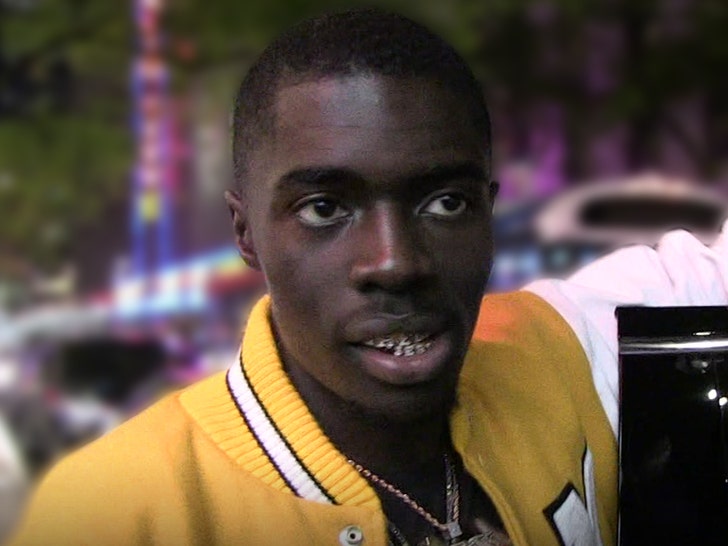 11:41 AM PT — Sheck’s attorney, Scott Leemon, tells TMZ, “This morning, Judge Moyne, in the Manhattan Criminal Court released Sheck Wes on his own recognizance, with no bail. His case was adjourned to August. During that period, we will conduct our own investigation into the charges.”

Sheck Wes is facing 2 felony charges after getting busted in NYC … where cops say he was toting a gun and drugs around town in his fancy whip.

Law enforcement sources tell TMZ … Sheck was driving a 2019 Lamborghini SUV with 3 friends when he was pulled over early Wednesday morning in Harlem for excessive window tint.

Our sources say the car reeked of marijuana which prompted a search. Cops say they found a loaded 9mm Smith & Wesson pistol in a bag in the passenger side of the car.

Our sources say the “Mo Bamba” rapper was also cited for not having a driver’s license.