A Bay Area woman was allegedly going around and posting xenophobic letters on the homes of people of color, demanding they leave the U.S. … and she was caught on camera doing the heinous deed.

Photos of the lady — who has yet to be identified — circulated Saturday … with a couple pics of her pinning a hand-written note to the front of door of someone’s home in San Leandro. Apparently, she was going around Friday doing this in a residential neighborhood. 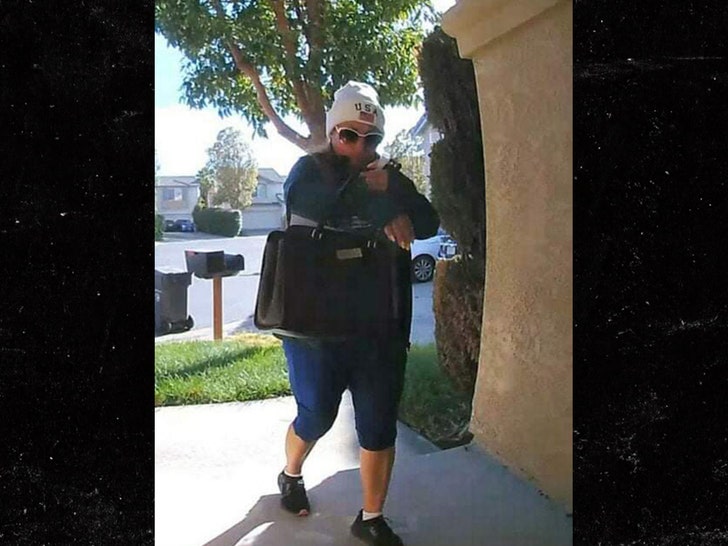 A FB user claiming to have been a victim of the bigotry wrote, “This happened today, a white woman wearing a USA beanie targeted People of color homes with this letter at their front doors. This occurred in a quiet and well diverse middle-class community in San Leandro. My family’s house was also targeted. We were able to capture all this on camera.”

She added, “There is no room for this hateful and despicable behavior in this society.” 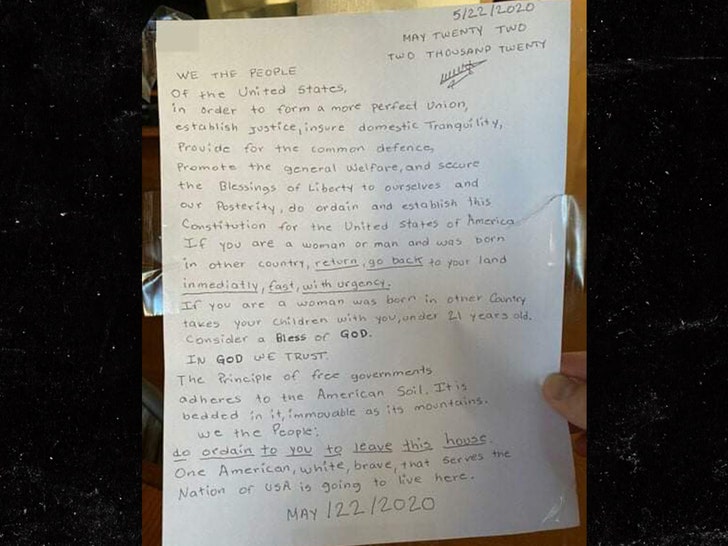 Now, the contents of the letter are disturbing. It starts out by quoting America’s preamble, and then go on to demand that people who weren’t born here return to their countries of origin — and in some of the letters found around the area … she gave ’em a deadline.

The worst part of the letter reads, “If you are a woman or man who was born in another country, return, go back to your land immediately. Fast, with urgency.” Later it says, “We the People: Do ordain to you to leave this house. One American, white, brave, that serves the nation of USA is going to live here.”

Bob – I’ve been told the individual has already been identified, was arrested and the police department will be issuing a statement. San Leandro takes these crimes seriously. We are one of the most diverse communities in California today, and value our diversity.

The good news here is that the former Mayor of San Leandro, Stephen Cassidy, said the woman was already picked up by cops, and that statement by the police department is forthcoming. He’d earlier said he would tell officials to charge her with a hate crime.

Previous: Coronavirus: Care homes could ‘go to the wall’ as costs rise
Next: Lizzo Is Living Her Best Life Poolside & She’s A Whole Mood