The 20-year-old model and famous son of Cindy Crawford and Rande Gerber has been making headlines as of late for his body ink. Late Tuesday, he showed off a seemingly new addition: a barbed wire tattoo on his hand along the bottom of his knuckles. Gerber credited tattoo artist Rafael Valdez for the art, which joins other tattoos on Gerber’s left hand, including a cannabis leaf and “LUCK” spelled out on four of his fingers.

Back in February, the catwalk star sparked headlines when he revealed a new face tattoo of the word “misunderstood” on his cheek. As for the reason behind the eyebrow-raising ink, it was rather self-explanatory.

When asked what the meaning of the “misunderstood” tattoo is, Gerber told fans in an Instagram Live, “I don’t feel very understood I guess.” 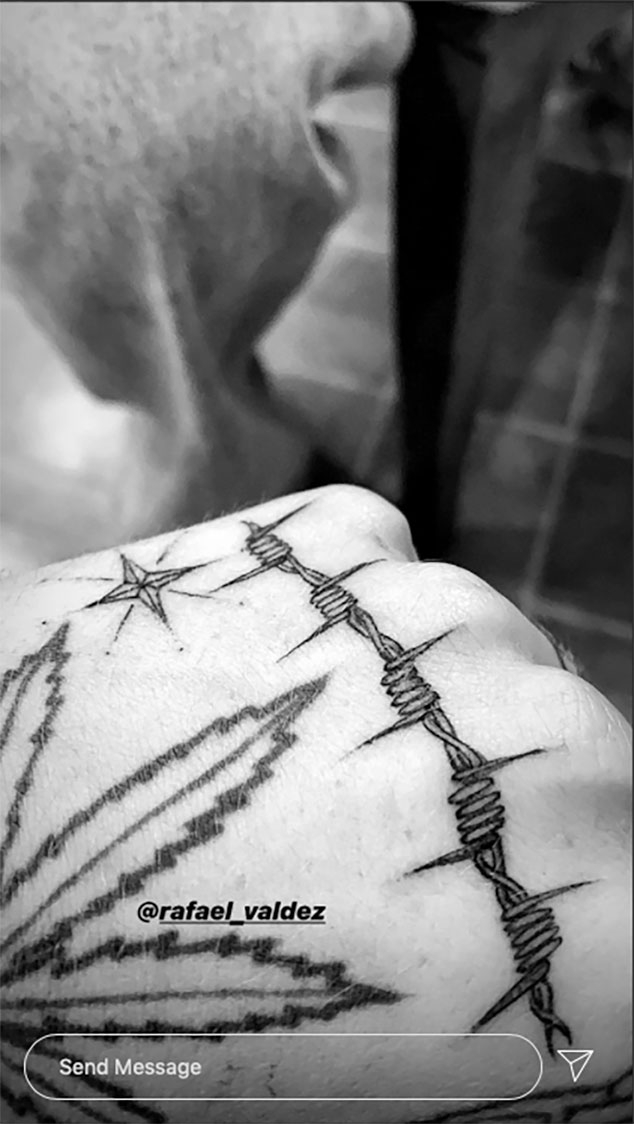 According to Page Six, he reportedly also told viewers, “If I thought this was going to ruin my face or I didn’t want this, I wouldn’t have done it. I think that’s a pretty obvious thing.”

Gerber later responded to continued criticism, writing on his Instagram Story, “Most and a lot of people can get a face lifts, change genders, lip injections, etc and it’s offensive to say anything in today’s day in age but I get a little face tattoo and now people love to hate me..Hmmmm?”

Previous: NFL Player Suing United Airlines, You Let Me Get Sexually Assaulted On Plane!
Next: England beaches gridlock caused by cars ‘from all over country’