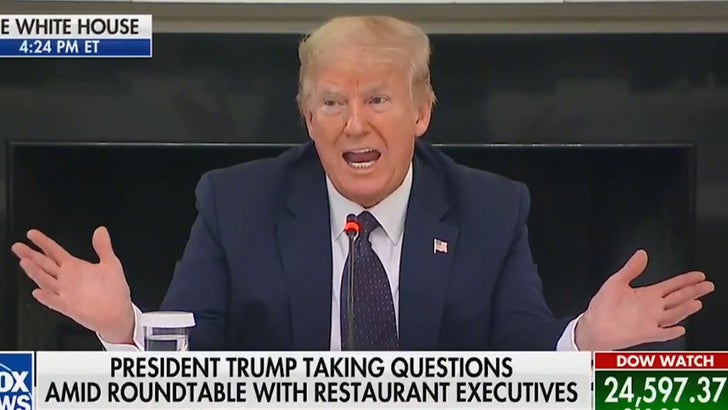 President Trump is going all-in on pushing hydroxychloroquine as a way to fight the coronavirus … because he says he’s taking the stuff himself!!!

That’s right, folks … Trump claims he’s been taking the drug he can’t stop talking about — which is commonly used to treat malaria, but also lupus and arthritis — for a couple weeks now.

He doesn’t seem to have any qualms about it either … despite the FDA warning that the drug is unproven against COVID-19 and shouldn’t be used outside a hospital setting.

POTUS also claims many other people are taking it — including frontline workers and doctors — and seems to be suggesting hydroxychloroquine can be used as a preventative measure against the virus … though there’s no scientific evidence to back that up.

Trump insists there’s nothing dangerous about using it and continues to claim he’s heard very good things about it. He adds … “And, if it’s not good, I’ll tell you right, I’m not going to get hurt by it.”

As for his proof of some of the “good stories” he’s heard, he mentions one doctor in Westchester, NY who is allegedly using it to treat patients … and hasn’t had any die.