Peter Weber is living in a Full House.

The Bachelor star took to Instagram on Sunday and shared a video of himself social distancing with Kelley Flanagan and Dustin Kendrick in Chicago amid the global coronavirus pandemic.

The clip showed the reality stars listening to the Full House theme song and giving the sitcom’s classic intro their own special twist. Kendrick also shared the video via TikTok. As fans are well aware, Weber and fellow franchise member Tyler Cameron have been having a friendly competition on the social network ever since the model started trolling the pilot over his skills. The Bachelorette season 15 celebs are now competing in a TikTok dance battle in attempts to raise $10,000 for the CDP COVID-19 Response Fund.

This wasn’t the first time fans had seen Weber, Flanagan and Kendrick star in a TikTok video together. In fact, the trio has been sharing tons of social media content over the past week and a half.

Weber and Flanagan were first spotted hanging out in the Windy City in late March and immediately reignited romance rumors. While they’ve continued to play coy about the status of their relationship, a few members of Bachelor Nation have been willing to weigh in. 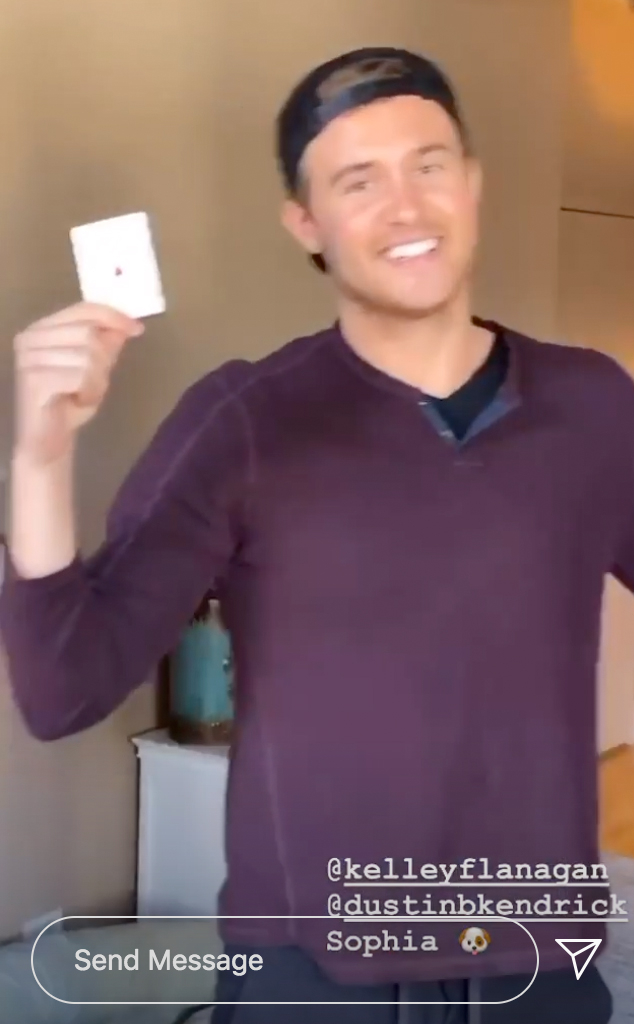 “I think it’s fair for them to come out and say what they want to say, but the only thing I can say is that they look really cute together and their interactions are really cute as well,” Kendrick, who said the trio has been social distancing at Flanagan’s apartment, told Us Weekly. “That’s all I can say on that and I’m sure you’ll be possibly hearing stuff in the future from them, but I’ll let them say that.”

As fans will recall, Weber sent Flanagan home week seven of The Bachelor. He ended up proposing to Hannah Ann Sluss; however, they called off their engagement after he admitted he couldn’t give her his whole heart. It then looked like he might give his relationship with finalist Madison Prewett another go. Although, they later announced they’d also decided to go their separate ways. During the After The Final Rose finale, fans noticed that Flanagan was sitting in the audience, even though she hadn’t attended the Women Tell All. Chris Harrison said the attorney’s appearance was a “red herring [and] little Easter egg we threw out there for Bachelor Nation.” Viewers then noticed that Weber’s mom, Barb, was praising Flanagan on social media.