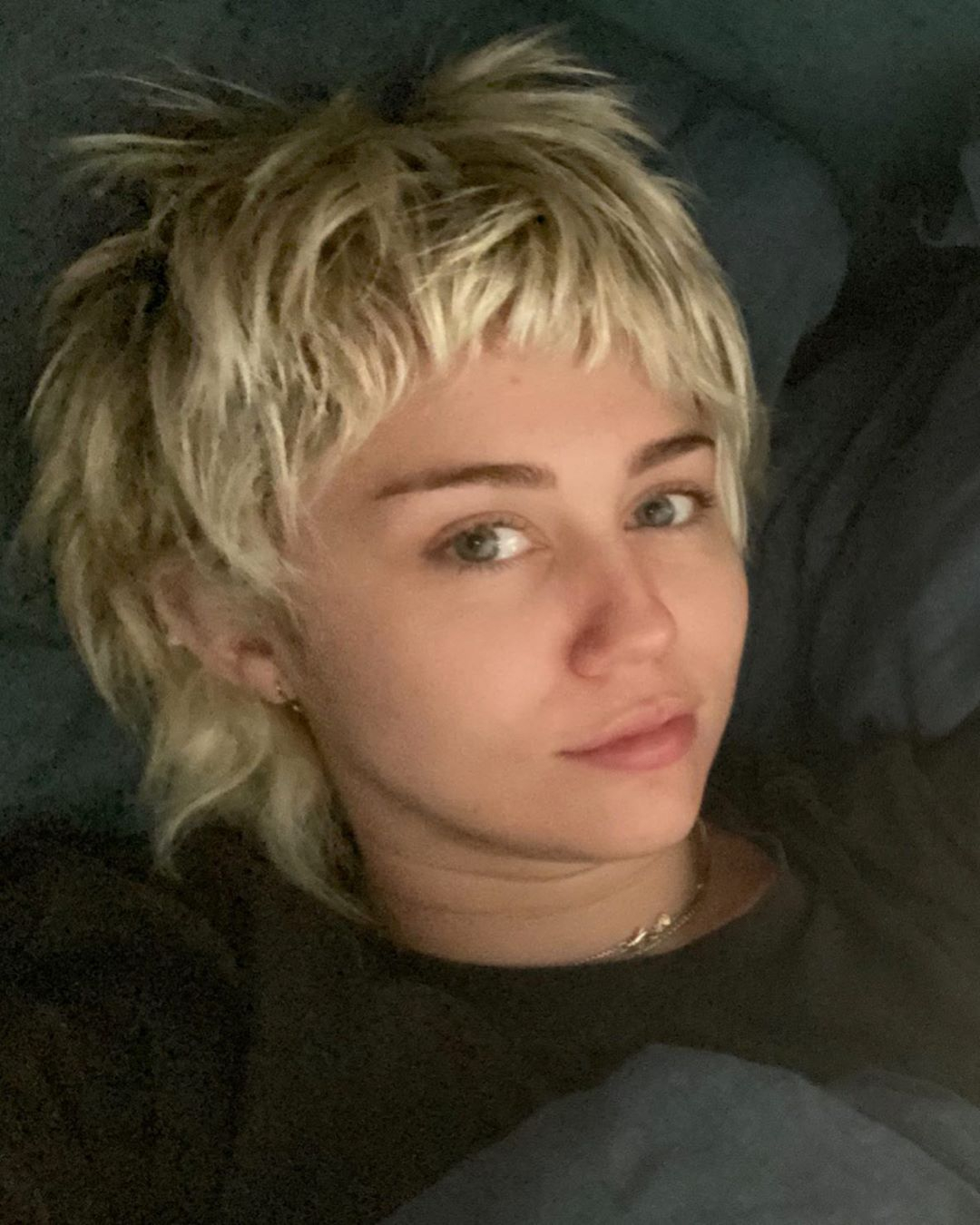 The “Mother’s Daughter” singer showed off her new haircut on Instagram Story on Tuesday night, rocking what appears to be a pixie cut with a little mullet edge. To help Miley achieve her new ‘do, celeb hairstylist Sally Hershberger talked the Disney alum’s mom, Tish Cyrus, through the process.

The virtual haircut, which can be seen in a video on Vogue, was actually done via FaceTime, with the hairstylist coaching Tish as she transformed her daughter’s hair at home.

It was just months ago that Miley debuted her “modern mullet” hairstyle, which Sally also helped her achieve.

“Miley wanted to go more punk. She wanted something edgy,” Sally told E! News exclusively of the hair moment. “We went with a modern mullet that she can wear sleek, but also wavy and messy.”

As fans will remember, Miley previously chopped off her hair in the summer of 2012.

With this new ‘do, Miley joins a number of stars who have been transforming their looks with at-home haircuts.

Let’s take a look at all of the celebrity at-home hair transformations in the gallery below!