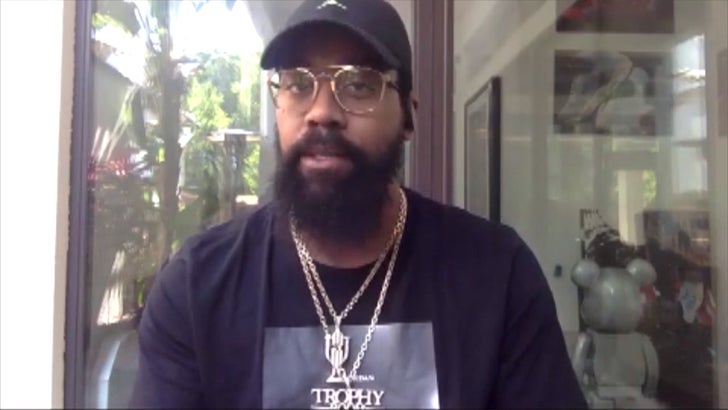 Michael Jordan‘s son, Marcus, says he once WHOOPED his dad on the court in a game of 1-on-1 … and he’s telling TMZ Sports all about the huge accomplishment!!!

Marcus — MJ’s 2nd son — says he used to play a modified version of 1-on-1 called “Cutthroat” with his dad … and one day, he actually came away with a WIN!!!

“I had a quick victory,” Marcus tells us. “I can’t remember the score, but I did win.”

“He ran it right back and he obviously won on me and it was over,” Marcus says. “We really didn’t play too much after that.”

Of course, Marcus has a TON of insane stories about growing up with MJ … and we had to ask him about the craziest memories he had.

“When I was a kid, Jay-Z and Beyonce came to our house. My dad and Jay-Z actually really played ‘around the world’ in our gym.”

The moment was even immortalized in a Hov track, “N***a Please” … where Jay says “I damn near beat Jordan in around the world.”

Somehow … Marcus has another memory that can even top that … saying he went to the White House when his dad got the Presidential Medal of Freedom … and got to chop it up with the First Family!!

“But, being who I am, it’s just so natural that you kinda interact with people on day to day so there’s not a lot of other people other than them.”