Meghan Markle is back in her hometown.

A source confirms to E! News that the Duchess of Sussex and Prince Harry recently left Canada and settled into a “large” home in the Los Angeles area. Meghan was born and raised in the City of Angels, and her mother, Doria Ragland, is a native Angeleno.

Following their split from the British royal family, the couple and their 10-month-old son, Archie Harrison, found refuge at a secluded property on Vancouver Island. Just weeks ago, Harry and Meghan recently traveled back to the U.K. to carry out their final official engagements, and their latest pitstop certainly indicates this family of three is eager for their fresh start to finally begin.

“They have started to look at homes online and are in the process of interviewing security teams. They are getting their ducks in a row and seeing if it’s logistically possible,” a source previously shared with E! News, referencing Harry and Meghan’s L.A. relocation plans.

“Meghan would like to be able to do meetings at the house and also be able to host friends and entertain,” our insider noted. “Those are two things that are important to her.” 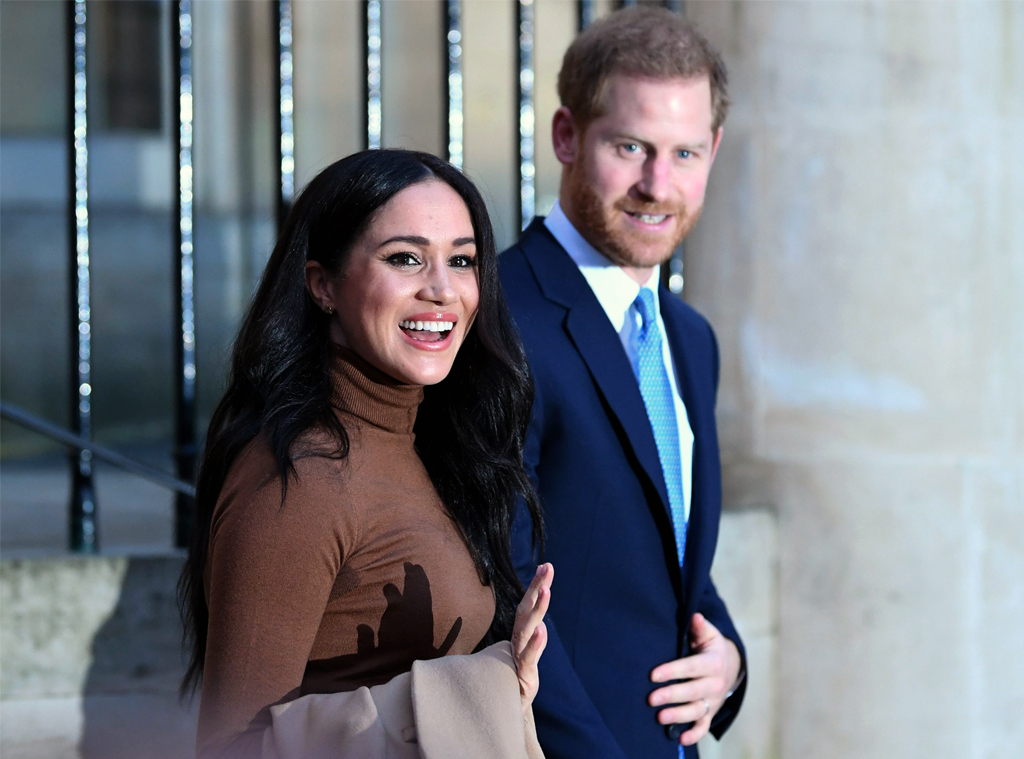 And now that Meghan is officially a resident of Los Angeles once again, it’s no wonder she’s already booking gigs within the entertainment industry.

The former Suits star will narrate the Disneynature documentary Elephant, which hits Disney+ on April 3.

According to reports, Meghan agreed to record the voiceover in exchange for a donation to Elephants Without Borders. On Thursday, Disney confirmed that it would support the non-profit organization, which is dedicated to wildlife conservation efforts in Botswana.

Harry and Meghan have yet to comment publicly on reports of their move to L.A.