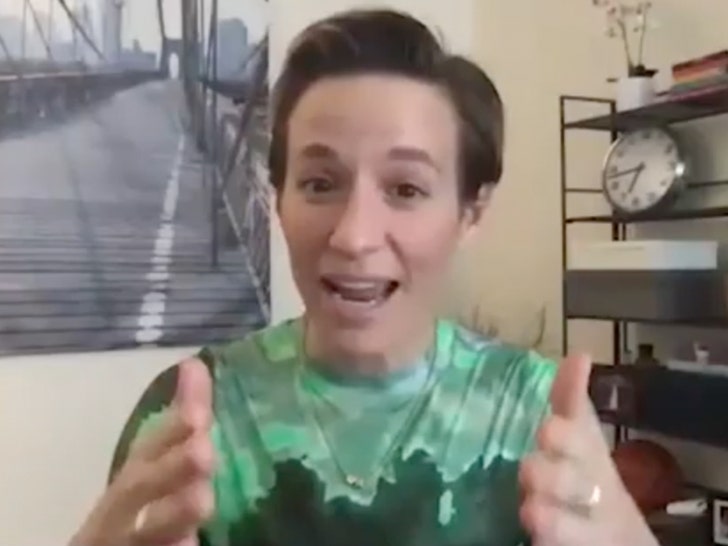 Megan Rapinoe says Donald Trump is a “white nationalist” who’s screwed over his own supporters … and admits she’s considered running for office herself one day to help make things right.

“We have a white nationalist — I think — in the White House,” Rapinoe told VICE TV’s Anand Giridharadas.

“And, the spewing of hate and the other’ing of the rest of the country has only led to more rife between people and more despair and more anxiety and more fear going forward.”

Rapinoe — a very outspoken critic of POTUS since he took office in 2017 — also says on VICE’s “Seat At The Table” (airs Wednesday) that Trump is also hurting his own supporters.

“It’s not like he’s giving them a bunch of jobs. It’s not like he’s made life really better for them. He’s just given them this false reason why maybe they’re not happy with their lives. There’s been no sort of path forward.”

Rapinoe’s public criticisms of Trump have caught his attention in the past — most famously when she declared she was “not going to the f**king White House” if Team USA won the 2019 World Cup.

There are conflicting reports about whether Trump ever seriously invited the team — but regardless, they didn’t go.

But, get this … Rapinoe was asked straight-up if she’s ever considered getting into politics when her soccer career wraps up — and it’s clearly something she’s thought about.

“I’m not totally shutting the door but it seems wild,” Rapinoe says.

As for her dream political job, Megan admits, “President, of course.”

“If I’m going to do it, I want the biggest, baddest post.”

Rapinoe says she knows there are smarter people out there — but says she’s really good at delegating and would make sure her cabinet is loaded with top talent.

Previous: Terror suspects could face indefinite curbs under new legislation
Next: 9 Finds From Lululemon's Memorial Day Sale to Snatch up Before They Sell Out