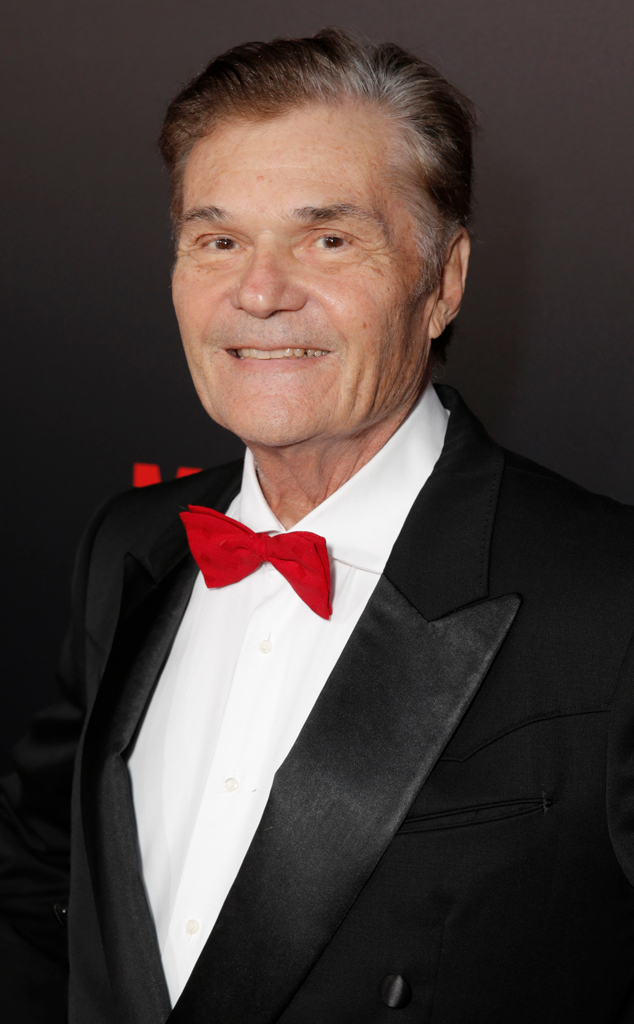 It’s a sad day for Hollywood fans around the world.

People reports that Fred Willard has passed away. He was 86 years old.

According to the publication, a rep for the late actor confirmed he died of natural causes.

“My father passed away very peacefully last night at the fantastic age of 86 years old. He kept moving, working and making us happy until the very end,” Willard’s daughter Hope told the outlet. “We loved him so very much.”

The legendary comic actor was best known for his roles on Anchorman, This Is Spinal Tap, Modern Family and his various appearances in Christopher Guest‘s movies, which include: Best in Show, Waiting for Guffman, A Mighty Wind and others.

Upon hearing the news of Willard’s death, his fellow colleagues and former co-stars shared their heartache.

“Just learned of Fred Willard’s passing. Just about the funniest human ever to walk the planet,” Harry Shearer expressed on Twitter. “An amazing talent, in telekinetic contact with the very wellspring of comedy.”

Jamie Lee Curtis, who is married to Christopher Guest, wrote a touching tribute to the late actor.

“A fond farewell to Mr. Fred Willard. How lucky we all are that we got to witness his great gifts,” her caption read on Instagram. “Thanks for the deep belly laughs. You are now with Mary. Home safe.”

Jack Black responded to her post with a blue heart emoji.

Willard’s passing comes less than two years after his wife Mary died at 71. He is survived by his daughter.

E! News has reached out to the late actor’s rep for our own confirmation.