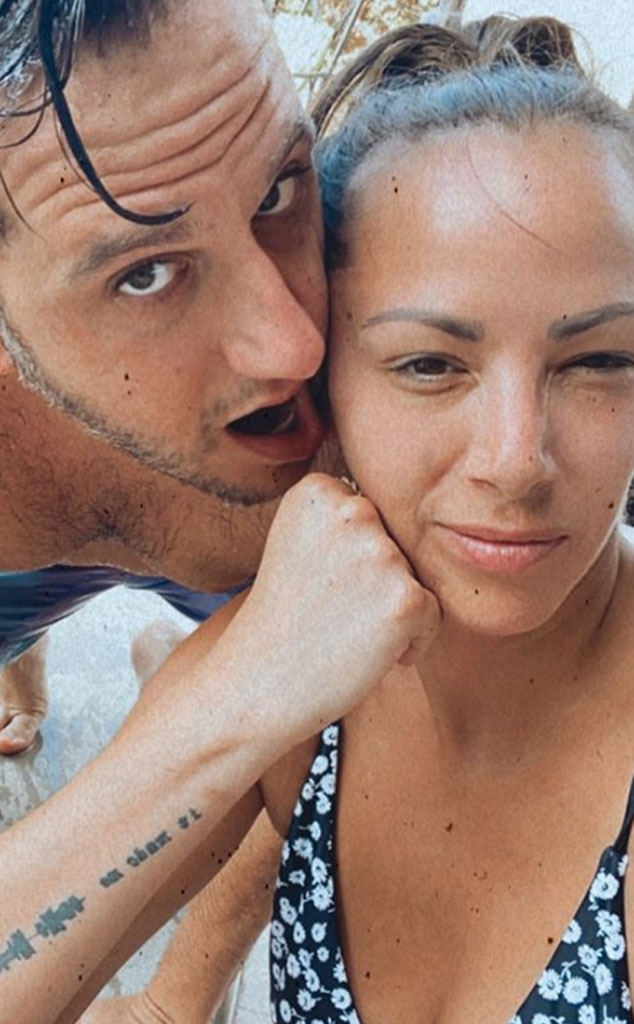 It’s been almost two months since Vanderpump Rules star Kristen Doute revealed to Andy Cohen that she was seeing someone that wasn’t her on-off ex Brian Carter. Since then, not much has been released about the James Mae founder’s new love interest, outside the fact that his name is Alex Menache.

However, on Friday, the Bravolebrity took to social media and made things Instagram official with her handsome beau.

The reality TV veteran kicked off the online display of affection by posting a photo of herself and Alex in tie dye while on a social distance walk.

“Pretty fly for tie dye,” she wrote alongside the snap.

While this made for a pretty precious social media debut, Kristen followed up the post with another, albeit cozier, pic of the love birds.

“He wanted a photo with his hair done but this is my Instagram,” Lisa Vanderpump‘s former SURver quipped next to a bathing suit-clad selfie.

As E! readers surely know, Kristen’s complicated love life has been at the center of Vanderpump Rules‘ eighth season. Not only has Kristen been on-and-off with her ex on the show, but this romantic rollercoaster caused the falling out between herself and longtime BFFs Stassi Schroeder and Katie Maloney-Schwartz.

Nonetheless, it seems that Kristen’s co-stars are fans of her new man.

“This makes my heart so happy! You deserve all the happiness in the world my love,” Scheana Shay commented on one photo. “You have such a big heart and always give and put others first! It’s YOUR turn to be happy!!!! @menache2society ♥️♥️♥️ all the feels.”

Lala Kent uttered a similar sentiment as she declared “love” for Kristen’s boyfriend. Not to mention, Ariana Madix and Brittany Cartwright weighed in by sharing supportive emojis.

As for Stassi? She previously told Us Weekly that Alex is “really nice” and “good for Kristen.”

Well, we couldn’t be happier for Kristen and Alex!

Be sure to send the couple love on social media. We know we will!

(E! and Bravo are both part of the NBCUniversal family.)