Justin Timberlakeis standing by his and Britney Spears‘ decision to do denim on denim at the 2001 American Music Awards.

It was a controversial choice then and it’s still a hotly debated topic, but all these years later the “Senorita” singer says he doesn’t regret wearing that with his girlfriend on the red carpet. As a matter of fact, the NSYNC boy-bander tells Lance Bass on The Daily Popcast, “You can kinda rock that one today.”

For the most part, Lance disagrees. He concedes, “Denim on denim is kind of popular right now,” but is hesitant to say it could be a good red carpet look.

To that, Justin responds, “You do a lot of things when you’re young and in love.”

Unfortunately, Justin can’t blame love for inspiring some of his more eccentric haircuts. He says “there’s a ton” of hairstyles he would like to forget, including his bandana phase. But he also explains the bandanas were used because he “couldn’t figure out what the hell to do” with his locks.

In addition to hairstyles, the two friends discuss how crazy it was for Justin to be one of the many successful stars to come out of the Mickey Mouse Club. Justin says it was one of the most “formative” years of his life, because he met JC Chasez, Christina Aguilera and other people who rose up with him in the industry. “There would be no NSYNC without that,” he says. 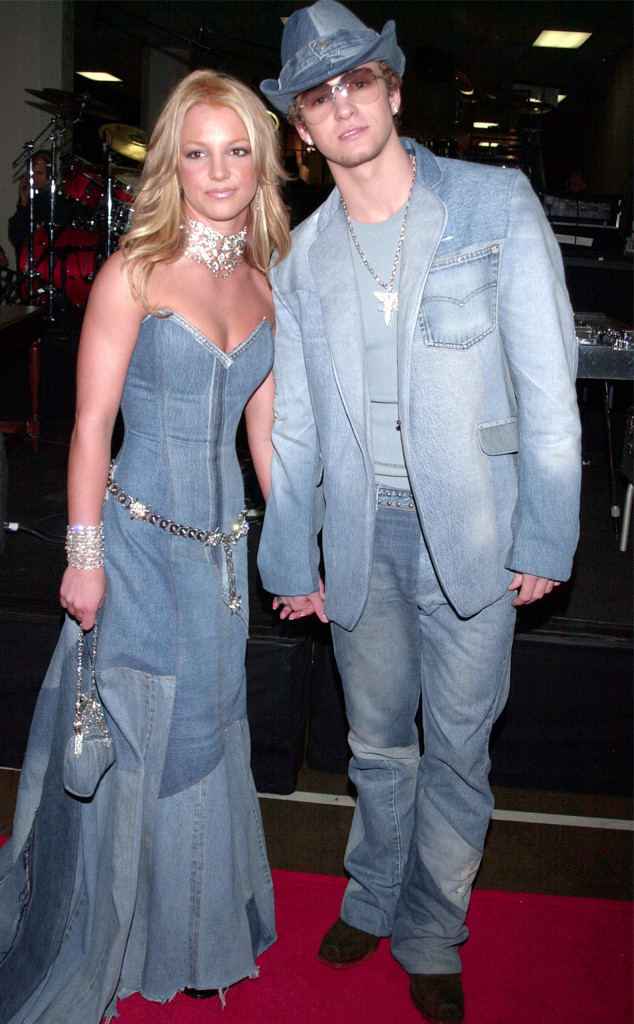 Since then, the singer’s kept in touch with his co-stars, even as families and other things became the “priority.”

As for the men of NSYNC, they’re all close still, but Justin wishes they could all get together again to share their experience in their own words, especially when their words have previously been “distorted.”

“This isn’t a click-bait conversation, this is two friends talking over a crazy experience that we had and I really appreciate it man,” Justin tells Lance. “You’ve got to figure out a way to get all four of us in a room with you.”

That is, once the men aren’t quarantined by the coronavirus. At the moment, Justin says he’s in Montana and more than willing to host the other guys, except for maybe Joey Fatone, who they joke is the “most likely” to have the coronavirus.

Last but not least, Lance and Justin address a potential reunion. The two stars share that while the men are in constant contact with their “ongoing group chat,” there have been no solid plans made. With that in mind, Justin says he wants to simply “get together and just talk” about what “it means” to reunite again.

More importantly, Justin wants to make sure that getting back together won’t take away from the relationships that were able to flourish post-NSYNC. He shares, “[Now], there’s no opportunity for all the BS that can surround something that becomes so big, we can all really experience our friendship together.”