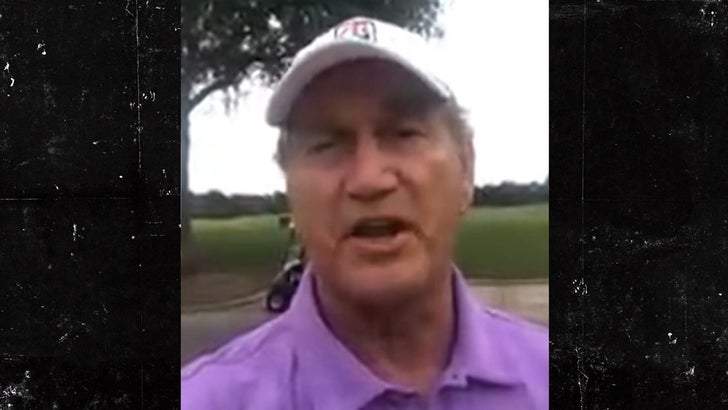 Joe Theismann tells TMZ Sports the Redskins would be making a HUGE mistake if they passed on Chase Young for Tua Tagovailoa next month … saying he simply doesn’t think the QB is worth it.

“Without hesitation,” the Redskins legend says, “I take Chase Young.”

As for why, Theismann tells us Tua has just too many question marks surrounding him heading into April’s NFL draft.

“He’s not a generational quarterback,” Theismann said. “[Joe] Burrow might be. I think so. But, Tua is not. I’m not sold on the strength of his arm.”

Joe tells us he believes Young is the best player in the draft regardless … and with the Redskins moving to a 4-3 defense, he thinks the pick should be a no-brainer.

Of course, some in D.C. disagree with Theismann … mostly because Dwayne Haskins was pretty bad in his limited playing time as a rookie last season.

But, Joe tells us he ain’t ready to give up on the ex-Ohio State superstar just yet … and says Ron Rivera and the ‘Skins shouldn’t be either.

“I don’t think you move on from him,” Joe says. “I think the kid really loves football. He’s a tough kid. He proved it.”