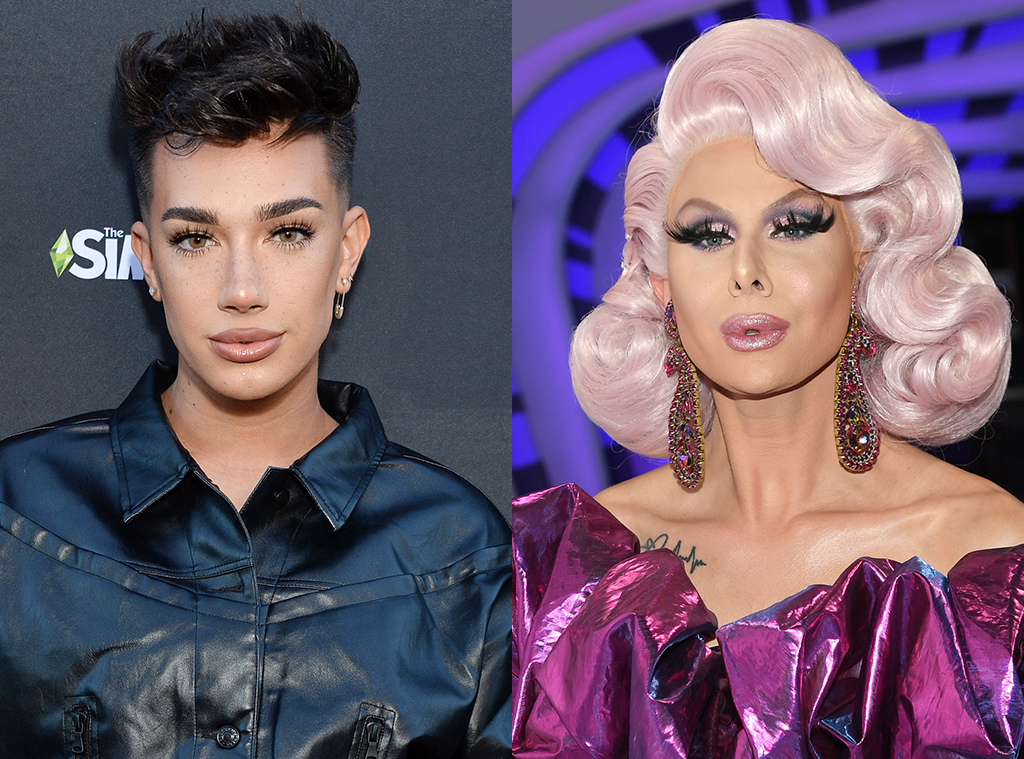 On Saturday, a feud between the two ignited on Twitter and it was a throwdown no one expected.

It all started with a tweet Charles posted that afternoon, which many (including the famous drag queen) found offensive and insensitive in light of the ongoing Coronavirus pandemic.

“tested positive for having a fat ass,” the 20-year-old beauty guru wrote with an accompanying sad/crying emoji.

It didn’t take long for Trinity to call out James with a snarky and cheeky response. “Fat ass? Girl who diagnosed you? Hellen Keller,” the Drag Race alum replied.

Then the back-and-forth between the duo ensued.

“Damn, she must’ve mistook the lumpy silicone in your face as Braille instead of reading my actual test results,” James responded. “My mistake…. speaking of mistakes, how’s your crown?”

Trinity commented, “Awe girl that’s cute. Keep reading doll. I’m not the one who tried to break in people’s lines at drag con to meet u and ask if u can ship me free product ( my tucking panty) for a like and a post. But girl do u! That ass sure looks…”

“Free? Where?? You were one of my favorite queens & I was ready for a fun read back but this was weak,” James replied, alongside a screenshot of the DM’s he sent the RuPual’s Drag Race All Star winner.

Trinity wrote back that she remembered James “asking in person” at one of the DragCon conventions.

“Nah, I needed it for Coachella & haven’t been to dragcon in over a year. If you’re gonna read me, at least come correct,” the 20-year-old remarked. “Not sure why you’re taking this so seriously, I actually really enjoy your work and thought the initial tweet was playful! Wishing you the best Red heart.”

tested positive for having a fat ass 😰

The back-and-forth appeared to end there.

As the beauty community knows, this isn’t the first time James has been involved in some drama.

Last year, he found himself in one of the biggest feuds ever with former best friend and fellow YouTube colleague, Tati Westbrook. The very public drama between the two went down in May and it was all anyone could talk about throughout the year.

However, James opened up about the toll all took on his mental health.

“I’m not mentally in a place where I want to be,” he told PAPER magazine during a candid interview back in November. “What’s even harder to swallow is that it’s been six months since all the drama happened. I thought by this time I’d be completely good—back to normal, if you will—and that’s not the case.”

He said that, despite the beef between him and Tati, he still wanted to show he was a good role model.

“The privilege is real,” he told the publication at the time. “I’m really grateful to have a platform and a job where I can support myself, my friends, family and my team that works for me.”

He added, “I want to make sure my fans are looking up to somebody that is making good choices, and is learning from their mistakes.”