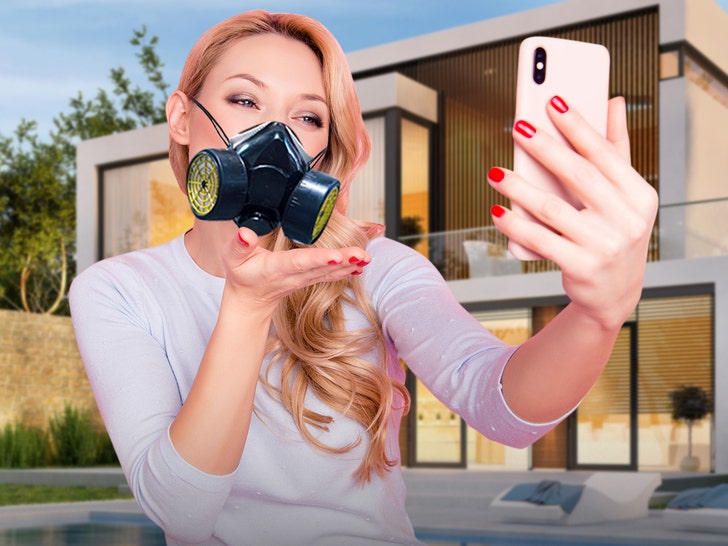 Hundreds of thousands of folks are outta work due to the coronavirus pandemic … and even smoking hot girls who get paid for social media posts are feeling the pinch.

Abigail Ratchford, who has a legion of 9 million Instagram followers, tells TMZ … her IG sales are grinding to a halt amid the outbreak, which is alarming considering she’s used to making around $500,000 a year from sponsored IG posts endorsing products, paid shoutouts and merchandise.

AR says she still has monthly deals that require her to post and keep some cash flowing in, but she’s gotta get creative to produce content because she can’t call on makeup artists, hair stylists and photographers due to Cali’s “Safer at Home” order. Now, she’s a one-woman band.

There is a sliver of hope for the self-proclaimed “Queen of Curves” … Abigail says other IG models are paying her for shoutouts to drive traffic to their pages, and it could continue because it’s harder than ever to bring in new followers.

The outlook is much worse for Ella Rose and her 811,000 IG followers. Ella, who is Julian Edelman‘s baby mama, tells us she hasn’t had any new ad inquiries since last week, and she’s used to getting a few daily pitches from companies asking to pay her for tagged posts.

Ella says she had 2 shoots scheduled this week, but the photographers both canceled. Now, she’s using a timer to shoot her own content.

Another IG model with over 2 million followers tells TMZ … a lot of her prepaid posts are being put on ice, because some of the products were from China and the companies are worried about backlash and insensitivity surrounding COVID-19.

What’s more, she says a lot of her long-term contracts are ending in the next couple weeks, and companies want to wait until April to renegotiate.

Desiree Schlotz, who has 423K IG followers, tells TMZ … things are pretty tough right now, and it’s hard to get content when you’re limited to only shooting inside your house, though it’s forcing her to be more creative and think outside the box.

Desiree says she’s had brands back out of working with her because of the sensitive nature of the coronavirus climate, and other people are delaying payments or scrapping plans for paid posts because everyone is losing work.

Bottom line … pretty much every Instagram model is as worried about the future as the typical American worker. Tough times, indeed.