You and your partner split up, and it sucked, and you had to create a whole new normal for your family. It took time, it took tears, and it probably took some money. But the kids come first and you did everything you could to make them feel comfortable and still connected to both of you.

Perhaps you were just really getting into the groove of co-parenting—right in time for a global pandemic that had government officials asking people to stay home as much as possible and try to stay at least six feet away from anyone outside of their own household when they did venture out.

But what if your children only live with you part of the time? Do you have to go without seeing them for weeks? Should you, gulp, move back in with your ex? What is the right thing to do that doesn’t involve anyone—not you, not them, not the kids—going crazy?

Famed family law attorney Laura Wasser, host of the All’s Fair podcast and founder of the online divorce how-to site It’s All Easy, talked exclusively to E! News about what to do and not do when it comes to co-parenting in the age of COVID-19 and physical distancing. And, as always, she advises parents to focus on what they need to do for their children to keep them safe. 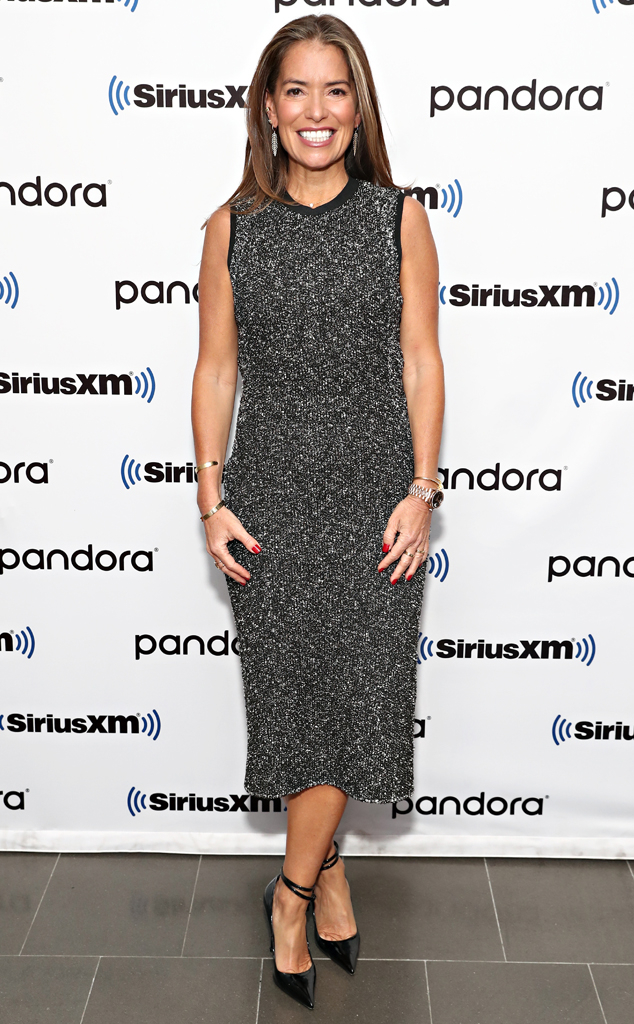 Stick to the Agreement

“The first thing I want to say is, I really do believe that in most situations, people need to adhere to their custody orders or to, if they don’t have custody orders, what their status quo was, what they were doing before [physical distancing],” says Wasser, whose clientele has included Angelina Jolie, Liam Hemsworth and Johnny Depp.

“Try not to change things up too much unless it’s absolutely necessary. All of the task forces and all of the other states I’ve been in touch with [other than California], judicial officers and mediators and other family law attorneys are really advising the same thing—that people try to adhere to the custody orders in place unless they involve travel. Obviously, you can’t put your kid on a plane. Even if it was for spring break, you can’t do that in situations when it’s not possible or if your co-parent is a high-risk person.”

Make the Most of Technology

“If you are in a situation where you cannot exercise your custodial time, the hope is that your co-parent will facilitate lots of either FaceTime, Zoom, putting your child in a place where he or she is able to focus and concentrate and, depending on their age in terms of how long the visits will be, there really is as much contact as possible remotely.”

“I will also say that, for people that are in a situation where they are able to continue to stick with their custody orders, you really follow the three Cs, which are consideration, cooperation, and communication.”

Case in point: Wasser has two sons she’s co-parenting with their respective fathers. “I think both of my co-parents are probably a little bit more hyper-vigilant than I am, actually, germ-wise, so what I told people is go to the most anxiety-ridden person’s place. So they are more nervous about the germs than I am, and I think what would make them feel most comfortable. We communicate about it.”

She continued, “They really, really want me not to have other people in the house whether that’s childcare, housekeepers, you know, the mani-pedi girl that comes, so everybody is cancelled because that’s important to them if they’re going to be sharing custody and the kids are going to be coming back and forth. That’s the consideration piece of it.”

Wasser reiterated, “Really be considerate of what the other person might be feeling because, again, the less anxiety and frustration and anger that you have during these uncertain times, the more your kids are going to thrive going through them. They pick up on so much of this, so if you and your co-parent can get on the same page, I think it’s really going to be helpful. There’s so much else that’s being shaken up in their lives right now. Having some consistency and being able to look at their parents and know that their parents are getting along, that they’re going to make this OK, is huge.

And finally, “Then the cooperation is, you know, a lot of kids are homeschooling remotely. I kind of tapped out of math in 3rd grade, so my 4th grader’s dad will come over and help him with the math piece of the puzzle. We figure out a shift in the schedule just because they’re home during the day, so we’ll actually have times when we can visit, so the shift is that the pickups will be a little bit earlier because, if they’re home so often, they’re not really able to spend as much time with their dads in the evenings, so there’s an earlier pickup.

“Really being flexible, really knowing that we’re all in this together and we are going to come out of it” is essential, Wasser says. “Anybody who is being a jerk and is taking advantage of the COVID-19 situation and saying, ‘I’m not going to share custody with you because I’m really concerned’ if they’re not actually concerned, that will come back to bite you. “

Err on the Side of Caution—Whichever Side That Is

Wasser acknowledges that not every co-parent is going to approach sheltering at home in the same way—or necessarily want to adjust their own approach to suit their ex’s.

“I’ve had people call and say, ‘My ex lives in a house or lives in an apartment building. There’s a lot of people coming and going, and he doesn’t seem to be very considerate of my concerns about hygiene and the health and safety. I see that he’s not washing his hands. He’s taking my kids to public places, he’s got his girlfriend and her kids coming over.’

“Again,” the lawyer advises, “I will usually say you should probably adhere to the order, but I would write out in an email or have a conversation about all the things that are your concerns. If they’re still ignoring them, then you’re going to have to make a decision—but I would generally err on the side of sticking with the schedule. But I mean, look, it’s not as cut and dry. Everybody has a different situation. What if I have an elderly parent living with me? Now I’ve got a kid going back and forth. Now he’s going into a situation where he’s going to be a carrier, bring it back, so everybody has to make it fit with their schedule. But the thing is, we try to put our kids first, and keeping things as consistent as possible for our kids is going to be the best for them at this time.”

If You’re On Your Own, Reach Out

The possible pitfalls of co-parenting are one thing, but doing it all on your own is another. And even when you’re co-parenting, you still may be physically taking care of the kids by yourself. To all the single parents, “I would say hang in there,” Wasser says. “I would say, join Zoom chat groups. One of the biggest problems, generally speaking, during this quarantine, but certainly being a single parent, is the feelings of isolation, the feeling of people being alone. We’ve seen a huge uptick in people drinking.”

“There are a lot of organized places you can go so you don’t feel so isolated—and when I say go, I mean online, so that you can feel like you’re part of a community, so that you can share stories and commiserate with other people. It’s got to be really, really scary and depressing and anxiety-producing to be in this situation all on your own if you’ve got kids and you’re trying to do the schooling, or they’re so young that you’re trying to keep them occupied.

“There are plenty of online offers for classes, webinars, getting information, hooking up with people, and I think that has been really helpful…We have at It’s Over Easy a Zoom group of people who get together, which is mostly single parents it seems like, just figuring out how to work our way through it and how to do it. I would also say, as a single parent, establishing a schedule, sticking to it, if you can even get some physical exercise, that’s great.”

Wasser offers an online video course, Next Chapter Series: Life After Divorce. “If anybody is bored at home,” she says, “it’s for people who have gotten a divorce and their next chapter, and it talks about mind and wellness, it has people talking about how to get your finances in order, how to organize your closet and your inbox on your email, people talking about getting back into the dating world. It’s a bunch of experts that we put together, and it’s kind of a master class.”

Asked if she had seen a shift in people’s breakup behavior since the pandemic hit, Wasser says hearings and mediation sessions with her office have continued on via Zoom, and she has definitely seen an uptick in questions about custody schedules and support payments, especially from people whose income may be affected by COVID-19-related closures and shutdowns.

She advises, “Let’s figure out what is best for everybody, especially if there’s kids involved. I’ve had a lot of new calls, there’s obviously people getting irritated being quarantined with their spouse, feeling a little bit antsy—not necessarily so many people initiating divorces, but trying to figure out what it might look like and how it might happen.”

That being said, “I haven’t had anybody call a divorce off.”