A popular restaurant forced to close its normal business due to coronavirus guidelines, transitioned into a pop-up grocery store, but the health department put the kibosh on that too … and the restaurant’s pissed.

Bacari PDR in Playa Del Rey shut down its restaurant and kitchen last week, but obviously, it still had a lot of food and supplies in its inventory.

So, it began selling fresh produce, meat and toiletry items to the local community to try to make ends meet during the difficult financial times … along with helping residents find essential groceries they might have struck out on elsewhere. 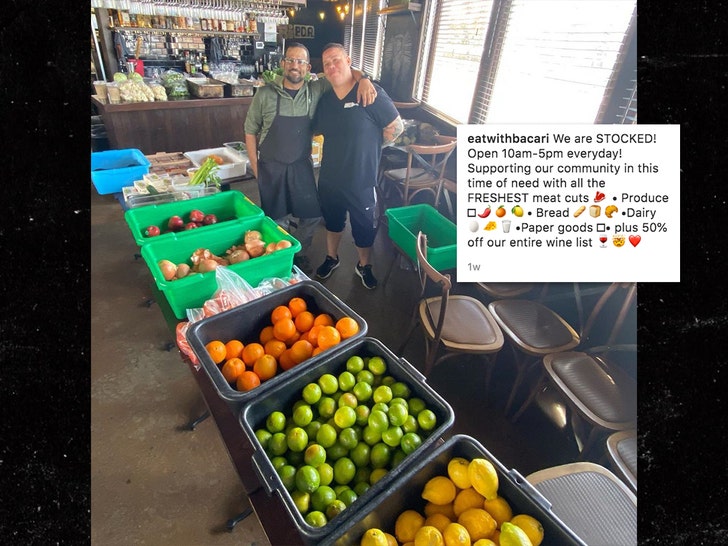 The L.A. County Health Department wasn’t having it, though. Bacari says a representative showed up Friday at the restaurant-turned-market and shut it down … because it doesn’t have a grocery license.

The restaurant’s understandably upset and is blasting the L.A. County government for shutting them down. Bacari maintains it was just “trying to survive, and getting much-needed supplies to the neighborhood.”

The catch-22 for Bacari is they’ve been told the health dept. is not accepting new grocery applications due to the pandemic — which is, of course, the only reason Bacari’s in this situation! The restaurant has reached out to Mayor Eric Garcetti to try to rectify the situation.

We’re told at least 2 other restaurants nearby, in Manhattan Beach and Santa Monica, are doing what Bacari PDR was doing, but it’s unclear if they’ve also been forced to close.

We’ve reached out to the health dept. … no word back, so far. 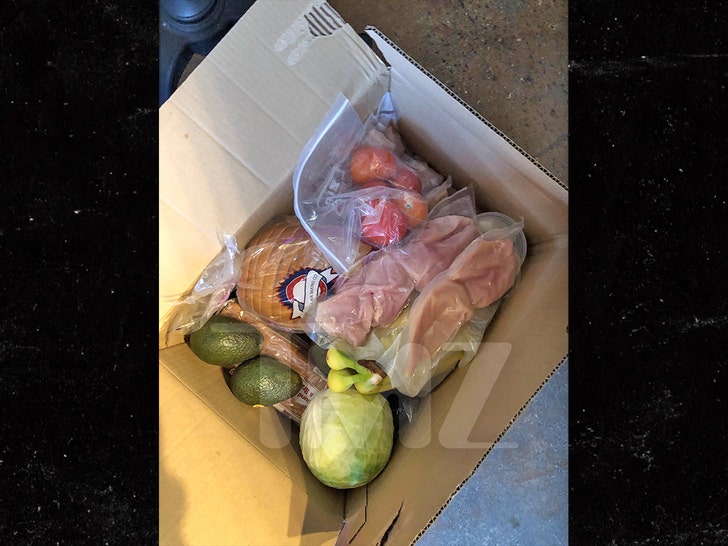 As for what Bacari was selling … stuff like avocados, tomatoes, loaves of bread, shredded cheese, lettuce, chicken and other meat — all for pretty reasonable prices.

They even had toilet paper and were selling up to 4 rolls a person, for $6 total.