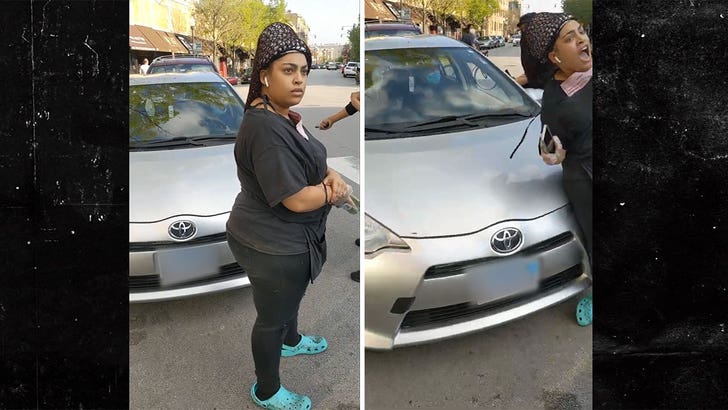 A Grubhub driver is accused of running over a Chicago restaurant worker after he allegedly threw a fit when asked to socially distance — now, cops say he’s turned himself in.

The wild incident was partially captured on video from Friday evening out in the Lakeview neighborhood, where Angenita Tanner — owner of Ms. T’s Southern Fried Chicken on Chicago’s northside — was seen arguing with a purported Grubhub driver she and her staff had apparently just gotten into it with inside, all because he wouldn’t follow directions.

Tanner says the guy showed up to pick up a delivery for a Grubhub customer, but when Tanner told him to wait outside since she only lets one person in at a time … he allegedly started losing it and caused a ruckus, kicking the door and storming out — per Tanner.

She, her 24-year-old daughter, Bijan Early, and at least one other employee who whipped out his camera followed the dude to get his license plate and call the cops. An argument ensued as Tanner went back and forth with the guy, while Bijan stood in front of his car.

You can see what happens next here — the guy is seen accelerating and hitting Bijan before the clip quickly cuts out. According to Tanner, the incident did not end there — she told police the man completely ran Bijan over, sending her to the hospital with serious injuries.

Tanner says Bijan suffered multiple broken bones and had to go into surgery — fortunately, it sounds like she’s going to recover. Meanwhile, Chicago PD says someone has turned themselves in over the alleged crime. No further info on the perp is immediately available.

As for Grubhub, they condemned the alleged hit-and-run … saying they’ve revoked the driver’s credentials and are working with cops to provide any necessary info for the investigation.