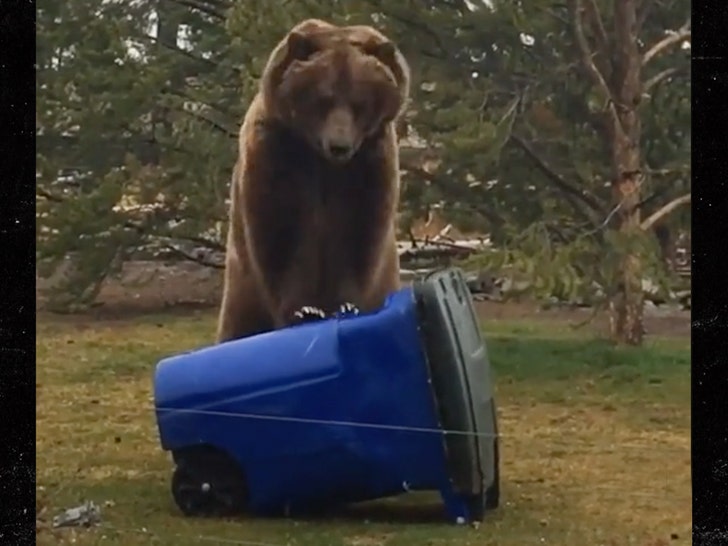 Anyone can do CPR … and so can any creature, apparently, including Grizzly Bears.

Check out this big bear who was caught on camera from the Grizzly & Wolf Discovery Center in Montana, giving “CPR” to a pesky trash can that wouldn’t open for him and let him have at whatever goodies were inside. It can’t get the lid off, so it goes for plan B.

The bear starts pumping away at the trash can from on top, seemingly trying to break through. In the process, it looks like it’s doing a pretty solid job of chest compressions — which caught the eye of the New York-Presbyterian Hospital’s Hands Only CPR campaign.

They posted the video on their TikTok account, and used it as pub for their own site that teaches folks how to learn hands-only CPR in a minute or less. In fact, they actually found another clip from the GWDC of a bear doing another rendition of CPR, and posted that too.

FWIW, no these bears aren’t actually taking life-saving measures. They’re just trying to break stuff for some unknown bear reasons, but it’s still cute and pretty funny. Interestingly enough, animal CPR isn’t entirely unheard of either — specially-trained dogs have been known to take a crack at it. That said, bear CPR would probably speed up killing someone.

Oh, and BTW … hands-only CPR’s pretty simple. You check to see if someone’s not breathing, call 911 … put your hands over each other while interlocking your fingers, and then get to work pumping on their chest at a rate of at least 100 compressions per minute.

The more you know …