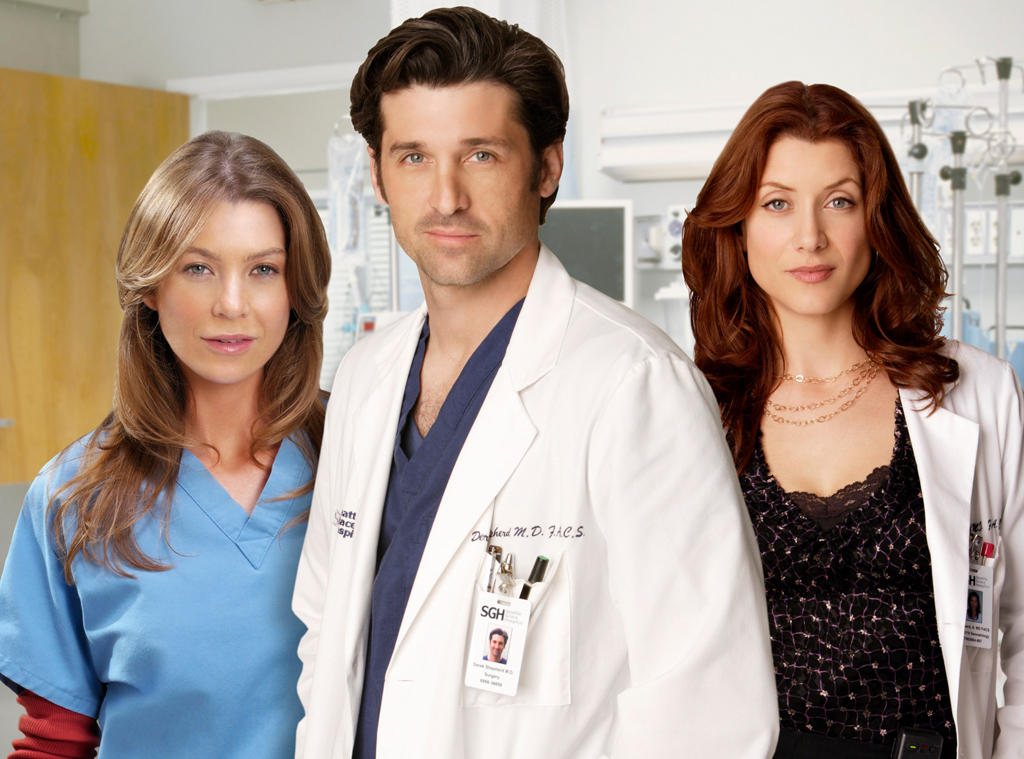 Kate Walsh and Ellen Pompeo are making us relive one of the most iconic Grey’s Anatomy scenes.

On Friday, the two actresses took to social media to pay tribute to the season one finale season that catapulted the iconic rivalry between Addison and Meredith in the show.

“Unreal that today marks 15 years ago to the day since this little lady walked on to your screen and checked ya for screwing her husband,” Walsh shared on Twitter, alongside a video of the 1-minute clip, tagging Pompeo and Dempsey.

As fans may recall, this was the moment that McDreamy’s two love interests first met.

“Hi, I’m Addison Sheperd,” Walsh’s character says meeting Meredith. “And you must be the woman who’s been screwing my husband.”

The one and only McDreamy also took to Instagram to acknowledge one most iconic scenes on the show by commenting hand clapping emojis.

@katewalsh thank god I messed with your hubby!! 😂😂😂 it worked out well for us both!!! Love you so much and THAT scene …when your character showed up …was such a defining moment for this show. From that point on we had them hooked!!! https://t.co/CPsTTctHxW

Fans on Twitter were also quick to join in on the fun and take a trip down memory lane.

“Let’s be honest, [the] three of you together were the most iconic trio,” one fan on Twitter wrote.

“i think you guys broke twitter perhaos,” wrote another fan.

“I MISS THE THREE OF YOU TOGETHER,” another fan chimed in.

“WE WERE NOT EXPECTING A RESPONSE OMG,” expressed one fan after seeing Pompeo’s candid response.

Walsh starred in the hit medical drama from 2005 to 2007 before leaving the show in season three to star in Private Practice, a spin-off of Grey’s Anatomy centered around her character Addison Montgomery.

Dempsey departed from the show in 2015 after a decade-long run.

On the other hand, Pompeo continues to be one of the last remaining actors from the show’s early seasons (as fans may recall, Justin Chambers, who played Alex Karev on the show, recently announced his departure).

Grey’s Anatomy was recently renewed for seasons 16 and 17.