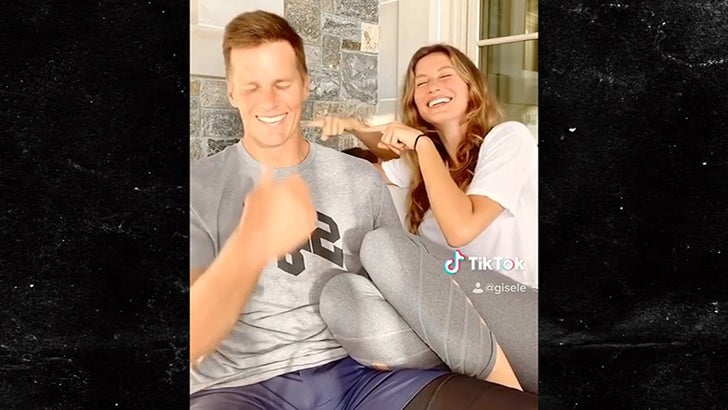 Did you know Tom Brady spends more cash than Gisele in their relationship … AND has more clothes than the supermodel too?!?!

It’s true … the couple revealed the facts in a new video Tuesday — and Tom’s sheepish admission to both is HILARIOUS!!

Gisele posted the footage of the fun TikTok game on social media … and we learned a hell of a lot about the power couple — with a little extra help from Tom’s son, Ben!!

A breakdown of the highlights …

Who eats more … and who eats healthiest?

Who’s a bigger baby when sick?

But, the best two parts of the clip? Check out the answers to “Who spends the most money?” and “Who has more clothes?” … Tom’s ashamed reaction is priceless!!

Don’t worry … Brady and the fam were good sports about it all — and hey, at least it wasn’t more embarrassing than his golf game Sunday!!!