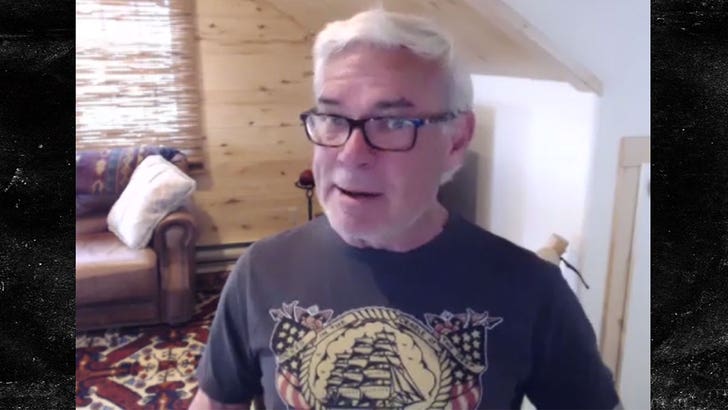 We all thought it … but now some confirmation — Dennis Rodman intentionally went after Karl Malone during the 1998 NBA Playoffs to help push a pro wrestling storyline involving both NBA stars.

… this according to former WCW president Eric Bischoff.

Remember, Rodman famously slapped Malone on the ass during Game 6 of the NBA Finals, Bulls vs. Jazz.

Of course, both NBA stars would clash at the WCW pay-per-view event, “Bash at the Beach,” just a short time later … begging the question, was the in-game altercation scripted beforehand?

The answer … sort of.

Bischoff admits he encouraged Rodman to mix it up with Malone — but not in any way that would affect the outcome of the game.

“Now, what I said to Dennis, not to Karl was, ‘Hey Dennis, if anything were to happen off court while there’s a timeout, while there’s no gameplay … so that the feud between Karl Malone and Dennis Rodman is real, on a kind of a 360-degree basis, not just what happens on our TV show,’ that wouldn’t piss me off at all.”

In other words, Bischoff says he didn’t give a direct order — but didn’t talk Dennis out of it either.

Bischoff also tells TMZ Sports he made sure both his boss at Turner Sports and the NBA knew that the Rodman vs. Malone story “didn’t interrupt the gameplay.”

Bischoff says he LOVED how it all played out during the game — “I chuckled like a little kid because it accomplished so much.”

“As a wrestling producer, to be able to create a moment … that played out on a platform so huge as the NBA playoffs was really satisfying.”

So, how did the wrestling match turn out?

Rodman and Hollywood Hulk Hogan went on to defeat Malone and Diamond Dallas Page in a tag-team match.

The situation was featured on the ESPN docuseries, “Last Dance” — which also touched on the time Rodman skipped out in a Bulls practice between Games 3 and 4 of the NBA Finals to appear live on WCW Nitro. 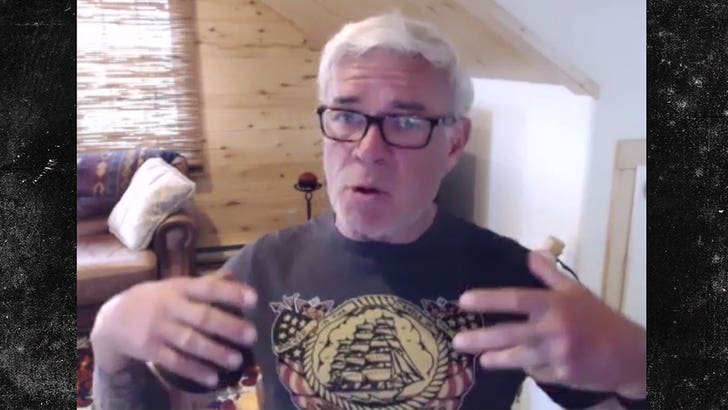 “I certainly didn’t expect Dennis to skip practice and participate in Nitro,” Bischoff says … “That decision was all Dennis.”

Bischoff still considers Rodman to be a “good friend to this day” — and “someone who I have a lot of respect for in many different ways.”