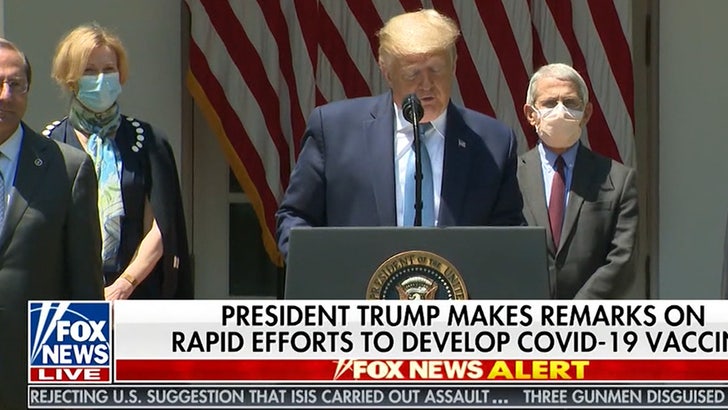 President Trump and Dr. Anthony Fauci were images of stark contrast Friday, as the President went maskless while the nation’s leading infectious disease doctor was covered up.

Trump was front and center at his daily coronavirus news briefing without a face covering — something he clearly refuses to do, despite the fact several members of The White House staff have tested positive. Fauci and Dr. Birx weren’t going to be intimidated by the Prez, and they were fully masked during the news conference.

It’s telling, because Trump has now gone after Fauci, saying he’s playing both ends against the middle — Trump feels he’s being overly cautious. For his part, Dr. Fauci is delivering data without judgment … only to say if we act irresponsibly, we’re going to have big problems. 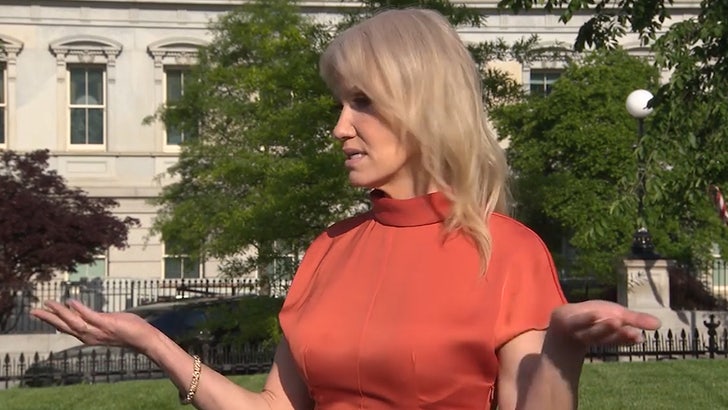 Meanwhile, outside the W.H. … Kellyanne Conway was talking PPE’s, and offered up what she would wear around her boss and the Veep, to blunt the possibility of a President Pelosi.

Just a simple mask would be nice … right?