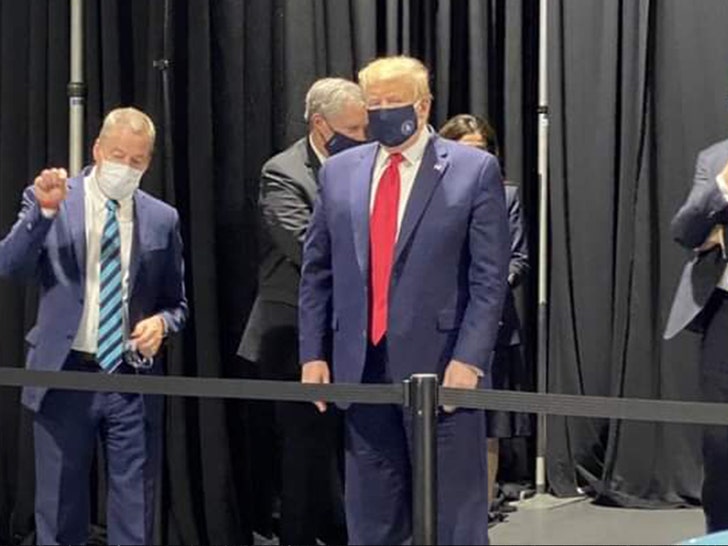 Donald Trump‘s ploy to stay unmasked for the public just got unmasked, because he put one on at the Ford motor plant.

Trump flew to Michigan, where the plant has been partially converted to manufacture ventilators. The plant’s rule — everyone must wear a mask, and even the State Attorney General warned Trump to cover his face.

In true fashion, when Trump was talking to reporters, he was not wearing a mask, but told them he had worn the one earlier while he was behind the curtain. In true 8th grade fashion, he said he didn’t want to give reporters the satisfaction of seeing him with a mask. 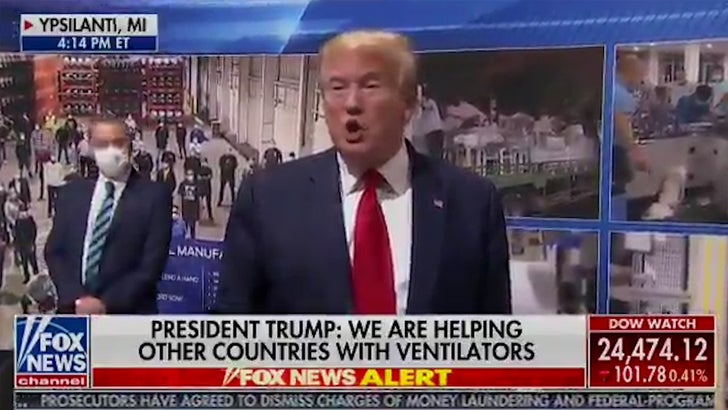 But, someone got the pic of the Prez wearing the PPE.

BTW … here’s what’s ridiculous. Trump was exposed to at least 2 people in The White House who tested positive for COVID-19. He was worried enough that he might have contracted it to take hydroxychloroquine for 2 full weeks.

Pretty much every doctor — from Dr. Fauci on down — has said people who might be positive for the virus are the ones who ABSOLUTELY need to wear a mask to protect others. So, if Trump felt he was at risk, why did he not protect others?

He has said he’s been tested daily, including Thursday morning, but the news is now filled with stories of false negatives … including tests used at The White House.