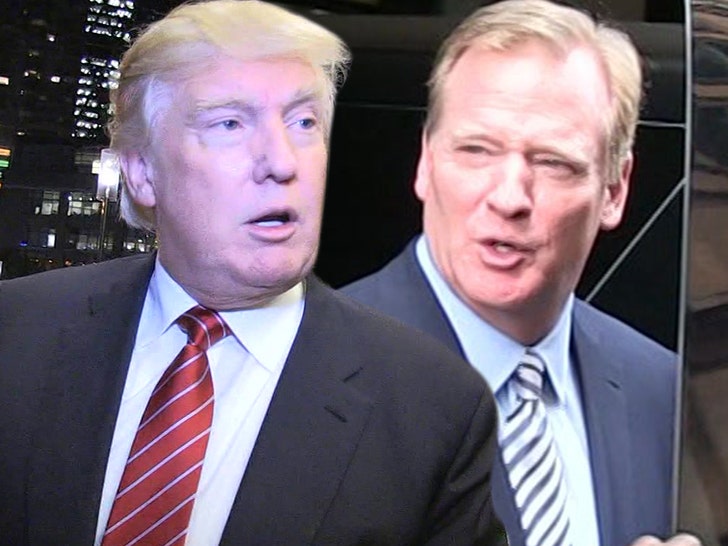 It’s not a full-blown war (yet) — but POTUS is clearly not happy with the NFL Commish for admitting the league was “wrong” in how it handled kneelers in the past.

Remember, Goodell issued a video statement on Friday saying … “We, the National Football League, admit we were wrong for not listening to NFL players earlier and encourage all to speak out and peacefully protest.”

Fast-forward to Sunday night … when Trump weighed in on Twitter.

“Could it be even remotely possible that in Roger Goodell’s rather interesting statement of peace and reconciliation, he was intimating that it would now be O.K. for the players to KNEEL, or not to stand, for the National Anthem, thereby disrespecting our Country & our Flag?”

The President has been highly critical of Colin Kaepernick — and other kneelers — over the years.

Back in 2017, he called for NFL owners to fire any player who didn’t stand for the National Anthem.

“Wouldn’t you love to see one of these NFL owners, when somebody disrespects our flag, to say, ‘get that son of a bitch off the field now. Out. Out. He’s fired!'”

So, how will Goodell react to Trump’s new statement? The world is watching …

Previous: New Zealand lifts all Covid restrictions, declaring the nation virus-free
Next: Drew Brees’ Wife Says We Are the Problem in Apology for His Comments