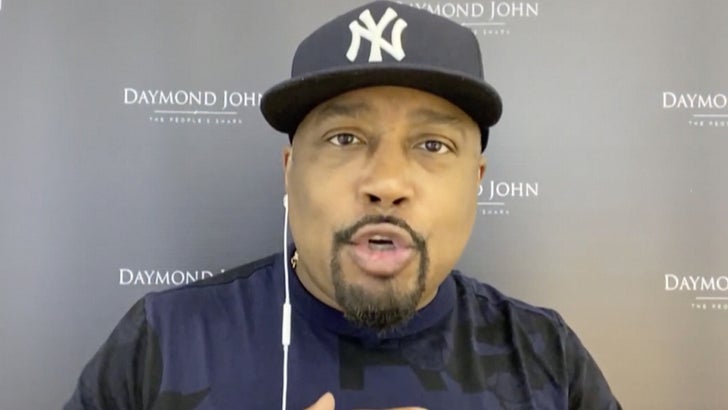 Daymond John says TV networks airing sporting events amid the COVID-19 pandemic have a chance to really enhance their broadcasts, but using fake fans won’t get it done.

The “Shark Tank” star touched on the topic of virtual, or CGI, crowds potentially being used during pro sports … and let’s just say, if the plan was pitched on his show it would be a big time pass for him.

Daymond told us Friday on “TMZ Live” … he believes having no fans at the games actually provides a huge opportunity for the networks to do something interesting and interactive.

He said last weekend’s UFC 249 was a great start, but he’d go even further … showing real fans watching the games and cheering along at home.

So, are you buyin’ what Daymond’s selling?

His plan’s not only feasible, there’s already a blueprint with the recent NFL Draft … which showed fans on Zoom as their team was set to make a pick.

Daymond also thinks his idea could add a fun celebrity element or a choose-your-own-adventure option to watching games … and help TV make a major comeback.