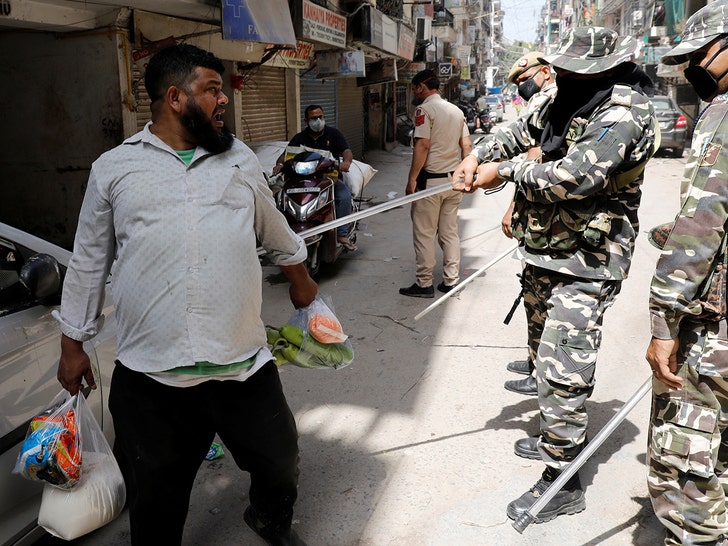 If you live in India and the coronavirus doesn’t kick your ass, the police might … if you’re caught venturing out of your home during a mandatory 21-day lockdown.

Video has emerged of cops in India violently attacking and punishing residents in the streets after Tuesday’s declaration by Prime Minister Narendra Modi that nobody is allowed to leave their homes … not for any reason.

Naturally, many of the 1.3 BILLION folks in one of the world’s largest countries panicked and flocked to stores to stock up on food and supplies, but in some cases … they were met with extreme force by authorities ordering them back to their homes.

Officers wearing surgical masks can be seen beating people breaking the rules, while it appears others gathered up groups of violators and made them do pushups.

Either way, the behavior of the cops seems contradictory to social-distancing guidelines.

Though the violence was captured on video, a New Delhi police spokesman has denied any sort of police brutality.

On Wednesday, there were more than 600 confirmed cases of COVID-19 in India, but the number is expected to rise.

The Prime Minister’s order shut down almost all of the nation’s services. However, at this point … it seems unclear how its citizens are supposed to get necessities for survival over the next 3 weeks.