Leaders of several L.A.-based nonprofit organizations supporting adoptive and foster families, tell TMZ … essentially, the entire adoption system in the city is at a standstill. They say it’s happening in many other parts of the country too.

Of course, adoption is a lengthy legal process to begin with, but we’re told court closures are making it downright agonizing. Case in point, a family just one hearing away from finalizing an adoption might now have to wait several months.

As we reported, the L.A. courts are near-paralyzed — you can’t even enter the downtown courthouse to file a lawsuit. Instead, one court staffer is posted up outside to receive documents. 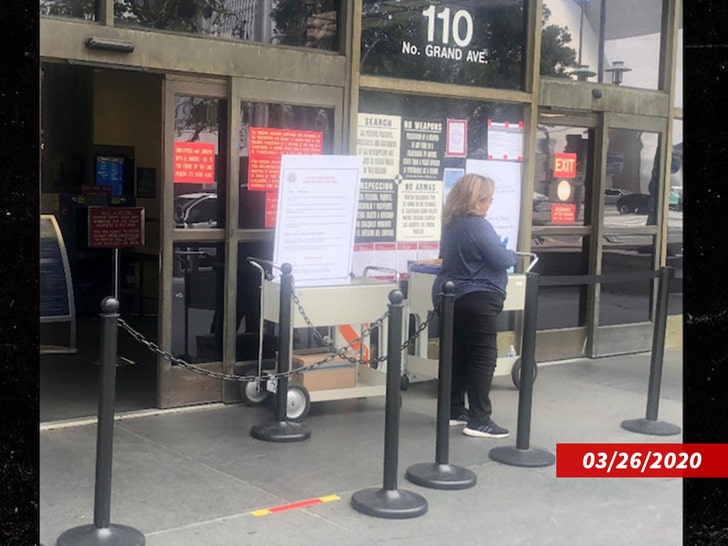 Foster children are also in limbo due to a recent court order in L.A. banning face-to-face visitations with their biological parents. The order’s intent is to prevent the spread of the virus, but the problem is those visits increase the likelihood parents can reunite with their kids. That’s simply not happening now.

Likewise, an executive with Alliance for Children’s Rights tells TMZ … one of its main initiatives is putting together “Adoption Days” — a day where courtrooms are solely devoted to expediting adoptions out of foster care and into permanent homes.

The next one’s scheduled for May 15, but we’re told it will likely be postponed by the pandemic.

Rich Valenza, executive director of Raise a Child, says the court delays could have a psychological impact on kids because, “They might be wrongfully blaming themselves for these changes, which they had no impact on.”

Even though virtual meetings between foster parents and kids are possible … an exec from Children’s Action Network says, “Foster parents can have limited resources, and you can’t assume they have the tools to move into this essential virtual universe.”