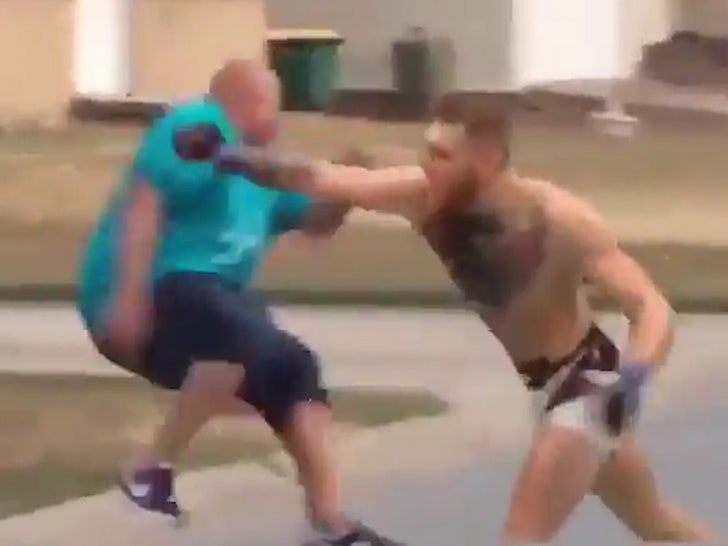 Conor McGregor was chased by alligators, before he went on the attack against a runner, people in a crowd and then, of all people, Dana White — but obviously, there’s a catch.

Idk who made this bit this shit is FUNNY!!! @TheNotoriousMMA pic.twitter.com/etSqOK10Sz

The UFC honcho posted the parody, and it’s hilarious!!! Conor glides across a river as a gator gives chase, but the UFC star is unfazed.

Cut to Conor going on a tear … attacking runners, spectators and even a bullfighter, before turning on Dana himself and opening a can of whup-ass.

It’s a little life imitating art … what with Conor’s past hijinks where he threw dollies into tour buses, smashed cell phones and even punched an old guy who didn’t want to drink his whiskey.

Conor’s rehabbing his image of late … showing a softer, more charitable side, which is probably why Dana dropped the vid.