Aaron Carter‘s girlfriend, Melanie Martin, is under arrest after police investigated an alleged fight between the couple at the singer’s home … TMZ has learned.

Law enforcement sources tell TMZ … the L.A. County Sheriff’s Department was called to Aaron’s Lancaster home around 11 PM Sunday night for a domestic violence call. We’re told there was a verbal spat between Aaron and Melanie and at some point it got physical.

Cops say Aaron had visible marks on his body and sheriff’s deputies determined Melanie was the aggressor and arrested her for felony domestic violence. 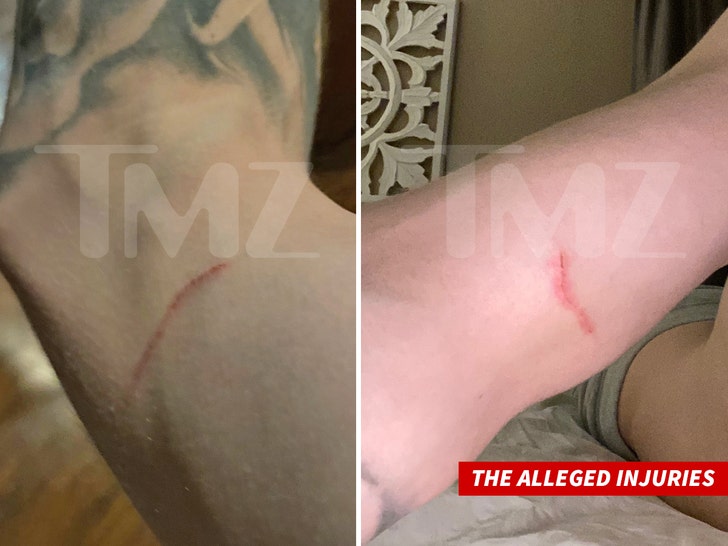 Aaron claims during the alleged physical altercation, Melanie scratched him — and he claims these photos show the damage she did. Cops confirmed Aaron had visible marks when they arrived at the house.

According to records, Melanie is still in custody and being held on a $50,000 bail.